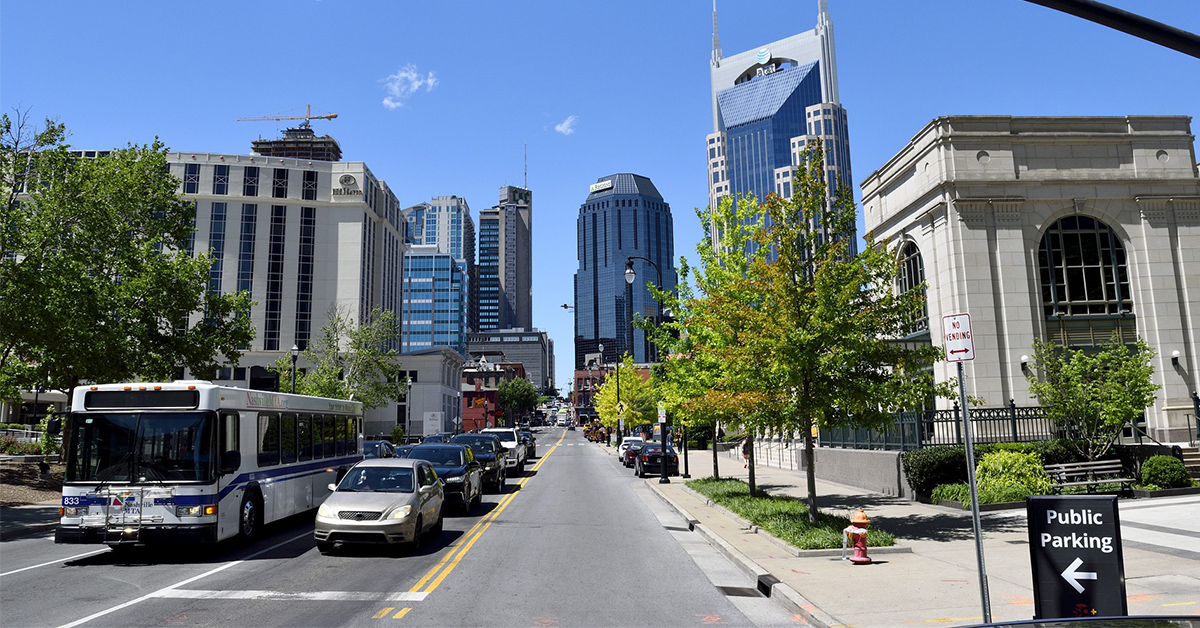 Historically, larger metropolitan areas have always been hubs for new investments and development. Public transit has grown with them as a necessary part of the urbanization process. Unfortunately, this is not the case with smaller or mid-sized cities where lower budgets and lack of resources have led to public transit systems that don’t reflect the current needs of the communities. Combined with other issues and an overwhelming preference towards using personal vehicles, this creates a very difficult situation for agencies trying to get funding for transit improvements. Transit agencies today face a unique set of challenges, but fortunately there are intelligent technologies that can help solve these challenges on budget.

In larger cities and metropolitan areas, public transport authorities have dedicated teams that ensure the seamless integration of public transit with development, different other modes of transportation, and of course – community needs. Larger, state-funded budgets mean more flexibility on expanding the network, as well as the deployment of new vehicles and updates on the existing system.

In underserved areas, the main challenge in front of proactive city management is the lack of funding. Even if a city already has an efficient public transit system, it’s very difficult to procure funding for its expansion or even proper maintenance. What’s more, members of smaller communities have a historic preference for their own vehicles and it’s extremely challenging to change their mind – even when the benefits from a new or improved transit system are ubiquitous!

Faced with these challenges, transit authorities in smaller and mid-sized cities often do not have the time or resources to incorporate new technology.

In order to tackle the problems stated above, transit authorities must first ask the most relevant question – is it worth it to expand the existing transit system, or is it more viable to improve the experience on the already existing routes?

Every city has its main arteries connecting important facilities and residential areas. In most cases, these are already being served by a public transport network. Even if new routes are created and the network is expanded, these “favorite” routes will still receive the most of the daily ridership. So it’s logical to assume that the transit agency can increase ridership by tending to these routes in the first place, and only then resort to building new ones.

This can be done by creating a robust schedule led by real-time passenger flow data, as well as fare collection options that facilitate the usage of public transit. A transportation platform that combines CAD/AVL, flexible fare collection and comprehensive reports can monitor the passenger flow, delivering actionable information about peak hours and route usage – thus helping to optimize the whole system. A further layer of improvements may involve providing micro-mobility options and first mile/last mile solutions (even linking third-party providers) as part of an integrated approach to urban mobility. These can also be successfully managed with an intelligent transportation platform.

Improving the existing routes can not only increase the revenue of the transit agency, but also improve the life of the commuters (lower CO2 emissions due to more people using public transport, lower stress levels due to eased-up gridlocks, higher accessibility for differently-abled people and the elderly, easier access to school and university for people without cars, and more).

The other approach is a bit more complicated. Creating new routes often depends on locating viable new arteries or communicating with local investors about upcoming developments. Tying up transit and development should be top of mind for any city, but it’s actually a difficult and not very well optimized process. What’s more, the already mentioned general disregard for public transit services displayed by many people can hinder potential talks – after all, why invest in a public transit system expansion no one is going to use?

How to convert small-city dwellers to use public transit when they’re so used to their cars?

Moving from A to B is a necessity – and distances in most American towns and cities are not on the walkable spectrum. This necessitates that one either has a car or some other mode of transportation. Access to public transportation is crucial for many people who can’t afford or simply don’t want to use a car. But it’s not a surprise that these people are a minority compared to those who own and love using their own vehicle. How do you convert them to public transit users?

In order for people to begin using public transit in their daily lives, it has to be convenient and cheap.

What falls under convenience? And how can transit services be improved to meet the community’s expectations?

Price is also important in the equation. Providing people with flexible options to match their lifestyle can make them more likely to choose public transit even if it’s not that much cheaper than using their own vehicle. The perceived value of the public transit network varies for each individual.

Having these aspects of the public transit experience in mind, small cities’ public transit authorities can work on improving the overall service aiming to convert as many die-hard car users to public transit riders. It may sound like an impossible task when budgets are low, but with the help of smart technologies, much can be achieved by simply listening to what riders want.

Smart tech to the aid of small and mid-sized cities

An important feature of modern automatic fare collection systems is their scalability: it gives transit agencies the opportunity to scale without having to make large investments in new technologies. The pay-as-you-go model adds another layer of convenience as it helps agencies cut their reliance on large state or federal funding. Instead, they can transition to a more sustainable model to increase ridership by providing better service and improving the fare ratio.

What’s more, all-in-one urban mobility systems provide important insights into usage. This information can be acted upon to adjust schedules and routes in real-time, further optimizing the system’s operational costs.

An integrated approach is, therefore, the best option to optimize transit in small cities: creating an ecosystem of CAD/AVL, fare collection and micro-mobility solutions based on usage insights can significantly improve the performance and user satisfaction rates of public transportation. All of these tasks can be successfully handled by intelligent transportation platforms like Modeshift.

Smaller cities are not going to go off the map anytime soon – on the contrary, people who are tired of big city life are more likely to return to rural areas and create their livelihood there. Remote working and distributed teams are also on the rise, giving opportunities to more and more people to find work outside of big urban areas. These are only part of the reasons why transit agencies in underserved areas should look into opportunities to improve and build on their service to facilitate growth and better living!