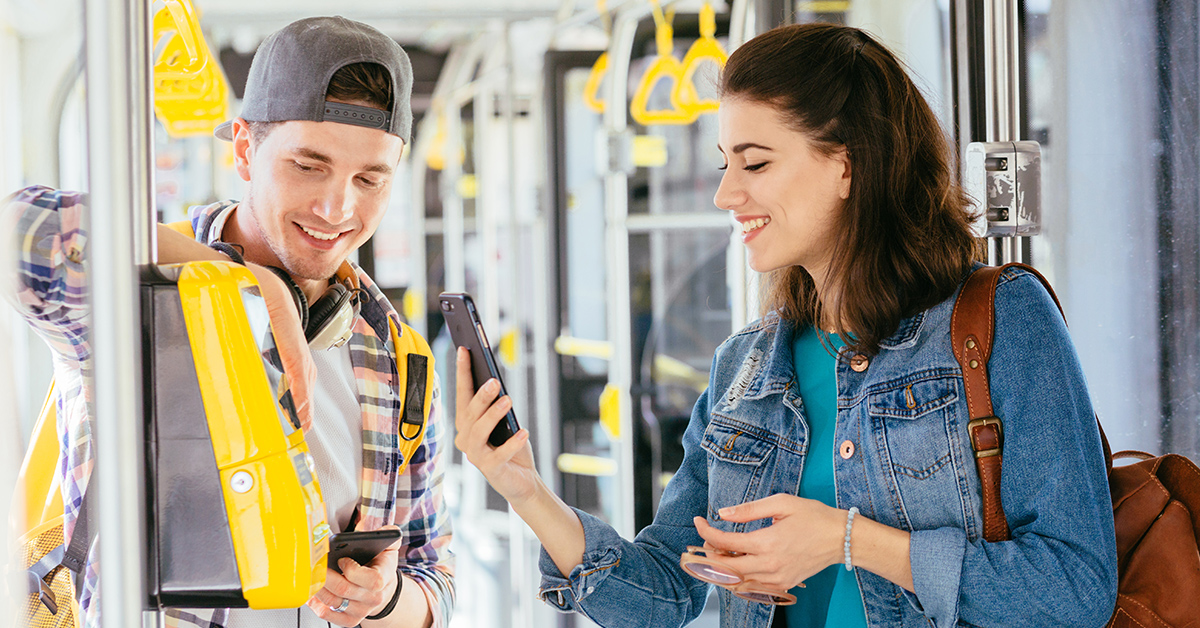 In a world of thousands of apps, how do you design one that stands out? Especially if it’s in a domain most people consider boring (yet highly functional) – like public transit? Many designers have pondered over these questions – today we’re covering their conclusions so that we can help you understand the importance of UX and UI in public transit systems!

Most people use the terms almost interchangeably even though they have very specific, distinct meanings. UI (User Interface) is the domain of graphic designers who have to create the app interface, its structure and all of its visual elements. UX is the way people interact with the app – and UX designers are in charge of the way the user interface operates.

How does public transit make use of mobile applications?

Modern transit solutions rely heavily on technology – and in recent years, smartphones. One of the items people carry around at all times is their smartphone, so it’s logical to assume that this is one of the easiest ways to facilitate commuters’ transit experience. From route planning to validation, a public transit mobile app can help improve customer experience and satisfaction – people travel more efficiently and even save some hard-earned cash in the process. Here’s how:

Mobile apps give people the opportunity to plan their trip from A to B while they’re still at home or walking towards the bus stop. This is especially useful for travellers or those who are not very familiar with the public transit system of a particular city. The app can give instructions on how to get to the nearest stop, when does the next vehicle arrive, how long the trip would take, will there be any transfers (and where). It can also suggest the necessary ticket or tickets and provide them in-app.

Mobile ticketing is a service many cities are currently discussing amidst the COVID-19 pandemic. Combined with contactless validation it can solve a host of issues related to disease transmission. But first and foremost – these are processes that are proven to facilitate the way people interact with the public transit system. Buying tickets, recharging their accounts and validating their ride with the help of a single device – their own smartphone, is the easiest and most straightforward thing to do.

Mobile apps make it possible to link together services outside the traditional public transit system – like bike rentals, ride-shares and taxis, parking zones. In this way, people can get the full picture of what their trip will be like, and even save money.

To be able to fulfil all of these functions, a great app needs to operate smoothly, be useful, and last but not least – be visually pleasing. A poorly designed app will not only make it more difficult for people to use public transit (the very thing it’s trying to facilitate) but can also be potentially frustrating, even dangerous beyond being useless. It’s important to create an app people will use often and recommend. In this way, the public transit agency can reduce costs for traditional fare carriers (such as paper tickets and smart cards), monitor public transit usage via aggregated data and improve its efficiency based on its performance.

How do you design a good public transit mobile app?

There are several steps in the app creation process that are extremely important when designing a smart app for the public transit system:

UI & UX are segments of the app development process that can constantly change due to valuable input from users. This helps public transit apps evolve and offer the best experience there can be – for a safer, cheaper and more convenient commute.

Modeshift offers a fully customizable public transit mobile app as part of its next-gen fare collection system. Let’s talk about your city and what we can do to make it a better place for living!