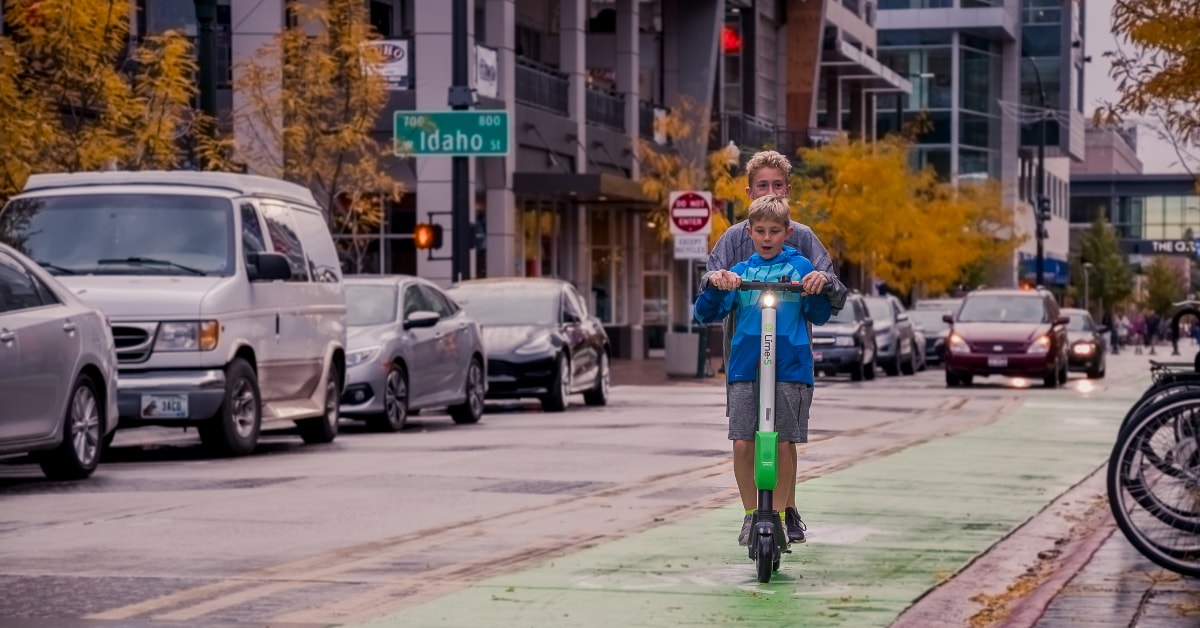 Micromobility. Touted as the universal pain-killer for air pollution and gridlocks by some, condemned as a safety & security threat by others. What is the truth about this modern mobility solution that swept over cities in the past few years? Is it good or is it bad for the troublesome, car-dominated city traffic landscape? As always, it’s not a black and white situation, and city officials had to learn that the hard way. Today, we’ll explore some of the most important aspects of micromobility and we’ll try to help you simplify the adoption process.

How do we define micromobility?

There are a few criteria that apply to this term: weight (<500 kg), passenger capacity, maximum speed (<15 miles/h), human-powered or electric, docked or undocked. For the purposes of this article, we’ll define micromobility as solutions that can move along the same transit space as bikes. For the most part, these are shared e-scooters, bikes and mopeds, but there are newer forms of transportation in development we’ll be seeing soon (or at least we hope so).

Micromobility is a part of the urban ecosystem that can provide the missing link between personal vehicle use and public transit (the notorious first mile/last mile problem), as well as help reduce congestions and improve air quality. Apart from these potential benefits, there are some valid concerns that emerged after the quick introduction of micromobility in some cities in Europe, US and Asia. The main issue is of regulatory nature – regulations pertaining to the safety of users, sidewalk usage, parking issues, vandalism, and more quickly became necessary in order to avoid chaos.

These concerns are all valid. Some cities adopted a very strict approach to micromobility permits, some created a legal framework that made it almost impossible for micromobility operators to compete for a position in a city’s public transit system. All of this happened over the span of only a few years. It’s not a surprise that city officials are reluctant to accept the benefits of micromobility – it takes some bravery to be able to embrace change and follow through with the implementation of something that challenges the legacy status-quo.

In order to better understand the unfolding world of micromobilty, you need to know the enemy. Guaranteed you’ll no longer feel it as an enemy at the end of this article. First, let’s get to know the cons.

Challenges in front of micromobility

It’s important to make micromobility a part of the integrated public transit system of the city from the very beginning. This will ensure that it complements other transportation modes. Micromobility operators are most often tech companies that can provide valuable insights into the usage of their services. While a full MaaS integration might sound utopian at the time being, this is probably the easiest part to integrate into a full circuit system that serves citizens as best as possible.

MaaS integrations can be done on different levels, providing data about usage, frequency and length of journeys, demographics and more. As micromobility can be a first mile/last mile solution, it can show pain points in the existing schedules and routes, creating a solid base for system optimization.

Other challenges in front of integration include parking/storage of micromobility vehicles, regulating the number of vehicles in rotation, and theft and vandalism.

Parking and storage are mainly issues for undocked solutions; they may pose a problem with vehicles abandoned in various places – vehicles that need to be retrieved and recharged by personnel. Many companies embraced the idea of inundating the city with vehicles so whenever a person needs one – it’s within reach. This is both unsightly and hard to justify financially. This is why data is needed to provide the real number of vehicles that suits the system and where they’re most needed, and also avoid the need to gather and recharge abandoned vehicles. Creating hubs at critical mid-journey points (buffer parkings, big suburban bus stops) can also help people use the vehicles more readily to substitute their car rides.

Theft and vandalism are trickier but with the right customer education, as well as a robust account-based platform to regulate access, they can be diminished.

Another part of the equation is integrating micromobility that can work year-long even in cities that have a harsh winter. Creating a working business model for such endeavors is tricky, but not impossible with good planning and help from the municipality.

One of the biggest challenges in front of micromobility is that certain cities simply lack the infrastructure that’s needed to accommodate the vehicles. Bike lanes are the only viable solution, as riding an e-scooter in fast lanes (truck-, car- and bus-dominated) or on sidewalks (pedestrian-dominated) poses a significant danger to all participants in traffic. Some cities have decided to expand their bike lane infrastructure as a result of the COVID-19, which will help them integrate micromobility solutions more easily. Others are using specific traffic regulations on speed and safety gear, along with user education, to create a safer environment. The best way to go forward is to create a micromobility-specific traffic area.

Data sharing is a rough patch to work on – even more so when the stakes are so high. Any micromobility solution that aims to help alleviate public transit system problems should be ready to share data with municipalities in order to do so. Hence, robust security protocols must be in place to protect this data and anonymise it, while data sharing strategies should only be based on specific, well-justified needs. Modern encryption technologies have been built to ensure maintaining highest security standards is possible even in a business that collects so much user and usage data.

Is it worth it – all the legalities and intricacies of integrating a micromobility solution or two in your public transit mix? Let’s see!

Many cities are currently looking for ways to alleviate traffic congestion in central parts by creating buffer parkings and urging citizens to use public transit instead of their own cars to finish the journey. While it may sound like a great solution, adoption rates don’t meet the set expectations. This is in part due to the imperfect public transit system that can’t accommodate every possible combination needed. This means that some people still have to sacrifice their comfort waiting at bus stops and changing more than one bus along the way.

E-scooters and mopeds have proved to be an efficient (and fun) way to get people from buffer parkings to any place people need to go. Amidst a pandemic, they were also the preferred mode for people who didn’t want to share vehicle space with anybody else.

We’re eagerly waiting for the moment when this aspect will be a proven fact. For the time being, some cities have seen improvement, others haven’t. Still, there are so many factors at play here, that it’s difficult to say which one is to be blamed. And it should be mentioned that micromobility is so new, it hasn’t been fully integrated anywhere in the world. Yet.

While the average length of micromonility-powered rides is under 4 miles, the sheer number of these rides (more than 130 million rides for 2019 only in the US) can be attributed to the improvement of air quality. Just imagine that most of these rides would have otherwise been made with a car. Any way of reducing the number of times a person uses their own vehicle helps. Micromobility helps on a scale.

While we’ve barely scratched the surface of the benefits and challenges that micromobility poses, it’s clear that this isn’t a fad. It’s a shift in modality that can help us solve decades-long struggles with traffic in bigger cities, helping citizens live better. Electric scooters have already been deployed in more than 60 cities; yours might be next, so we hope we’ve helped you prepare. We’d be happy to discuss further – join us on Twitter, LinkedIn or Facebook and tell us your opinion about micromobility solutions.